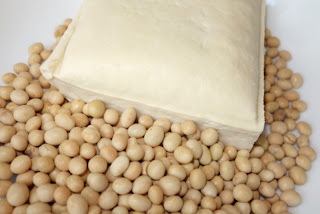 I love tofu, soymilk, and soy beancurd. I grew up being told that eating a lot of tofu will make my skin soft and smooth and drinking a lot of soymilk while pregnant makes the baby's skin beautiful. And that's what I did and I loved that I could have something that I can enjoy without feeling guilty (unlike e.g. french fries), or so I thought. I loved that soymilk and soy beancurd stores are everywhere in Singapore. I had it almost everyday. But the sad news is, for something that has been declared as a health food for many generations, soy is not actually as good as everyone says it is.

The Dangers of Soy that We Don't Hear About

It's true that soy is rich in protein, fiber, calcium, and magnesium, but what most of us don't know is that soy also:

- Contains hytoestrogens that mimics estrogens in our bodies, disrupting our sex hormones, putting women at higher risk for breast cancer, causing infertility, early puberty in children, and permanent endocrine damage. Babies fed on soy formula are consuming the hormonal equivalent of up to ten contraceptive pills a day.
- Contains anti-nutrients that inhibits the absorption of minerals, iron, and protein in our bodies.
- Damages our thyroid as soy has goitrogenic (thyroid suppressing) effect that prevents our thyroid from getting the necessary amount of iodine, slows down thyroid metabolism, and when our thyroid fails, it leads to weight gain, fatigue, and even hair loss.

Many diet plans rely on soy as dieters try to lose weight. Eating soy depresses thyroid function that tends to make you gain weight even when you eat very little if your thyroid gland malfunctions. The effects of soy foods can be deceptive. Dieters who rely heavily on soy often report initial weight loss and energy increase, since at first the thyroid gland works harder to counteract the effects of soy isoflavones. But after some time, the thyroid gives out, resulting in hypothyroidism. The dieter rapidly regains the lost weight, and then gains even more, additionally, the dieter feels lethargic, unfocused, and depressed. As mentioned above, soy also contains anti-nutrients that block mineral absorption and enzyme inhibitors that block the enzymes needed for protein digestion. Eating too much soy can lead to serious nutritional deficiencies as it creates increased requirements for vitamins and minerals.

But, haven't we Asians been eating soy been for as long as we know it and they are healthy?

Traditionally, Asians consume soy mostly in fermented forms, such as soy sauce, miso, and tempeh, with tofu as the only non-fermented form of soy that is commonly consumed. Soybean consumption in Singapore is a big part of our diets. Having soymilk for breakfast, tofu dish for lunch, and soy beancurd for dessert is certainly different than how soy was traditionally consumed. And that's not even counting the soy content present in sauces, snacks, beverages, cereals, pastas, and even in meat, poultry, and seafood! Soy is almost always present in processed foods and it is one of the most common genetically modified food.

Sure, we still eat tofu, but not as often as we used to. We almost never buy soymilk or beancurd anymore. Not only because of the health risks, but they are also full of refined sugar. We are also trying to avoid all kinds of processed soy. We consume more fermented soy instead, such as tempeh, miso, and naturally fermented soy sauce for cooking. You may have heard that soaking grains will reduce the anti-nutrient phytic acid, making it more digestible for our body. Soy is not one of them. As you see from the chart below, soaking raw soybean doesn't reduce the phytic acid content. However,  fermentation reduces it considerably. Fermented soy is a better option if you still want to enjoy soy in your diet. They are easiest to digest and tolerated by our body. Eating bone broths and meat following a soy dish will also reduce the adverse effects of phytic acid.

I realize this topic is a controversial one. Soy being harmful to our health is so contrary to what we (and many generations before us) believe in. This is also something that is so new to me, shocking to say the least, that consuming unfermented soy can potentially harm our health. It's true that soy has its own health benefits but as much as my family loves soy, the risks are not worth taking and we would rather enjoy something else we really know is truly beneficial for our health. And so, do take this post with an open mind and I encourage you to do more research if you feel strongly so.

A few good resources to start with:


Did you know that soy has all these associated health risks?

Email ThisBlogThis!Share to TwitterShare to FacebookShare to Pinterest
Labels: Nutrition 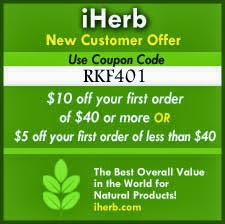 Now you can buy many natural products for a lower price!